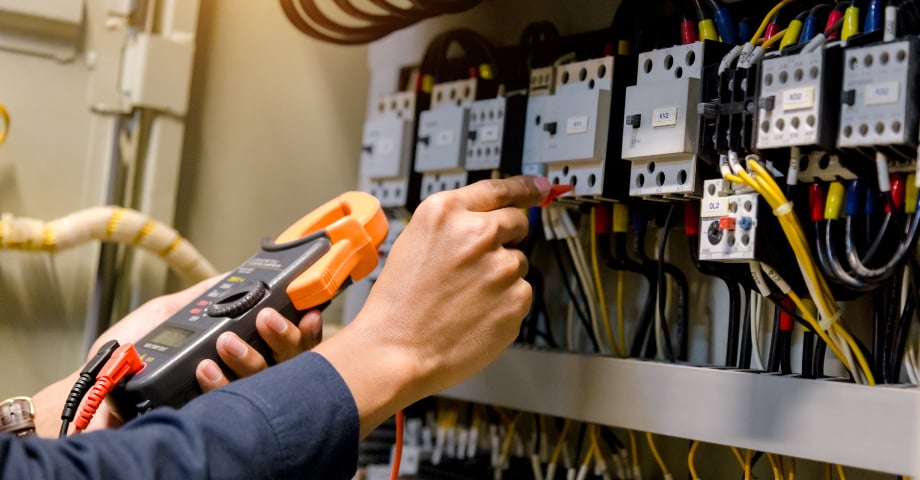 The concept of using prefabricated components in construction certainly is not new, but with new technologies and techniques, it continues to become more cost-effective and efficient. In the realm of electrical power distribution systems, we have seen preconstruction and prefabrication grow in popularity. This is due to the rise of new building information management (BIM) systems that make it easier to plan out wiring in advance, as well as the increasing demand for greener building strategies with a smaller footprint. Those who have not worked with factory-built electrical power distribution systems before, will find that the benefits keep stacking up.

This report talks about prefabrication in general terms; however, we are seeing even greater benefits when using this type of construction for electrical power distribution systems. In building modular data centers, for example, we have found that customers can save 30 percent of construction time by installing a modular component rather than sticking to transitional stick-built methods. The overall cost of going modular is also 20 to 30 percent less.

Some projects may require custom wiring or assembly that is best handled on site, signaling that installing prebuilt electrical power distribution systems may not always be the best solution. However, for many contractors, resistance to using modular electrical systems usually stems from a lack of familiarity with designing and installing prebuilt systems.

To help you decide if modular electrical power distribution systems are the right strategy for your next construction project, here are some of the pros and cons of prefabrication.

The Benefits of Prefabrication

Create a More Efficient Use of Space

When you incorporate prefabricated electrical power systems into construction planning, you save space. For example, if you want delivery of a self-contained power distribution unit for exterior installation, then you free up interior floor space. You also can design power systems to be more compact. Where you previously would have to install multiple transformers and power units that would require substantial floor space, using factory assembled parts or integration, you can place components closer together or use a vertical design to occupy less space.

Prefabrication shortens project cycle time. Electrical system fabricators will be able to build a preconfigured system faster than you can build the same unit on the job site—mostly because they have the resources and processes in place to shorten time to assembly. But this is also because they are not constrained by missing components, weather delays and similar factors.

Relying on prefabricated systems makes construction more efficient because it enables parallel development activities. Normally, construction is a linear process where one step follows another. By outsourcing component construction, fabricators can be building and testing electrical systems at the same time the building site is being prepared or the foundation is being poured.

A good electrical power distribution system provider should be able to deliver a completed unit, built to your exact specifications and delivered exactly when promised. That means fewer delays because you can plan for installation dates to minimize the impact on the construction schedule.

Using prefabricated electrical components reduces risk across the board. For example, cost overruns are typically not an issue, as the components are priced as deliverables and not subject to time and material expenses. Additionally, any delays in the schedule can create losses, and outsourcing system assembly reduces the risk of delays, due to weather or missing components and equipment. Prefabricated electrical components also reduce risk on the job site, as construction is happening in a controlled environment and the safety of the finished unit is enhanced, as wiring occurs in conjunction with construction.

You can also minimize issues with standards compliance, inspections and system troubleshooting. Factory-built power systems comply with local building codes, as well as national standards. Units also are fully tested before they leave the factory, which eliminates the need to troubleshoot wiring on the job site.

Outsourcing power systems also enables you to set up access to permanent power early in the construction process. Ready-to-install power systems can be delivered and commissioned as standalone units, before you even begin construction.

Integrators that build prefabricated components may also be able to perform install work, which removes the "finger pointing" and further clarifies scope of work. This reduces change orders and scope overlap.

The Arguments Against Prefabrication

Although prebuilt electrical power distribution systems can benefit almost any build-out, some contractors are reluctant to use pre-assembled power systems.

If you haven’t used prefabricated units in the past, then it may be difficult to add these power systems to the construction workflow. You need to understand how prefabricated electrical systems affect construction so you can manage delivery and installation times. If you receive delivery too soon, then you have to store the systems; too late and there will be construction delays. You also need to ensure that you have the right teams available to handle delivery and installation.

Many contractors have established relationships with vendors they have been using for years. Adding a new vendor, with new processes, is perceived as disruptive, while changing established procedures and protocols is unfamiliar and perceived as risky. Any time you add an unknown factor into your workflow, such as a new vendor, you can’ t be certain of the potential impact on costs and schedules You also run the risk of being further locked into specific brands and manufacturers Working with the right modular system manufacturer should control costs and reduce uncertainty in the schedule, and give you more say over the components being used.

The biggest impediment to adopting prefabricated power systems is a reluctance to risk change. Using a traditional construction process is familiar and well-understood, and despite the promise of saving time and money, many contractors are reluctant to try something new. Or more often, the construction managers are willing to bring in pre-assembled power systems, but upper management sees any change in approach as a potential risk.

Is Prefabrication Right for You?

If you still aren’t sure that commissioning prefabricated power systems is right for your next construction job, ask yourself if any of the following conditions apply:

Using prefabricated electrical power distribution systems will help you overcome all of these issues and more. Going with prebuilt electrical systems puts you in control of costs and schedules, and minimizes the potential impact of lack of personnel, bad weather, equipment failures and delayed parts deliveries.